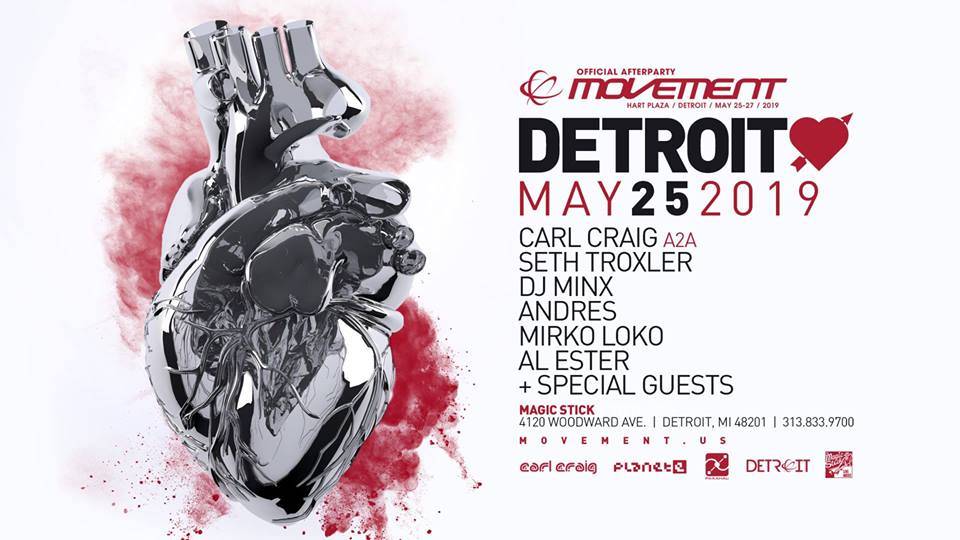 Detroit Love - Official Movement After Party at the Magic Stick

Detroit house and hiphop don DJ Dez aka Andrés was destined for a life in music. The son of Humberto ‘Nengue’ Hernandez, an original player on Detroit’s jazz scene who sang and played percussion with the likes of Mongo Santamaria, Santana and Cachao López, got his first drum set aged three, and was raised on the Motor City’s rich musical history. Partly brought up in California, Andrés cut his teeth DJ-ing on the Cali underage party scene, before moving back to the 313 with his family. 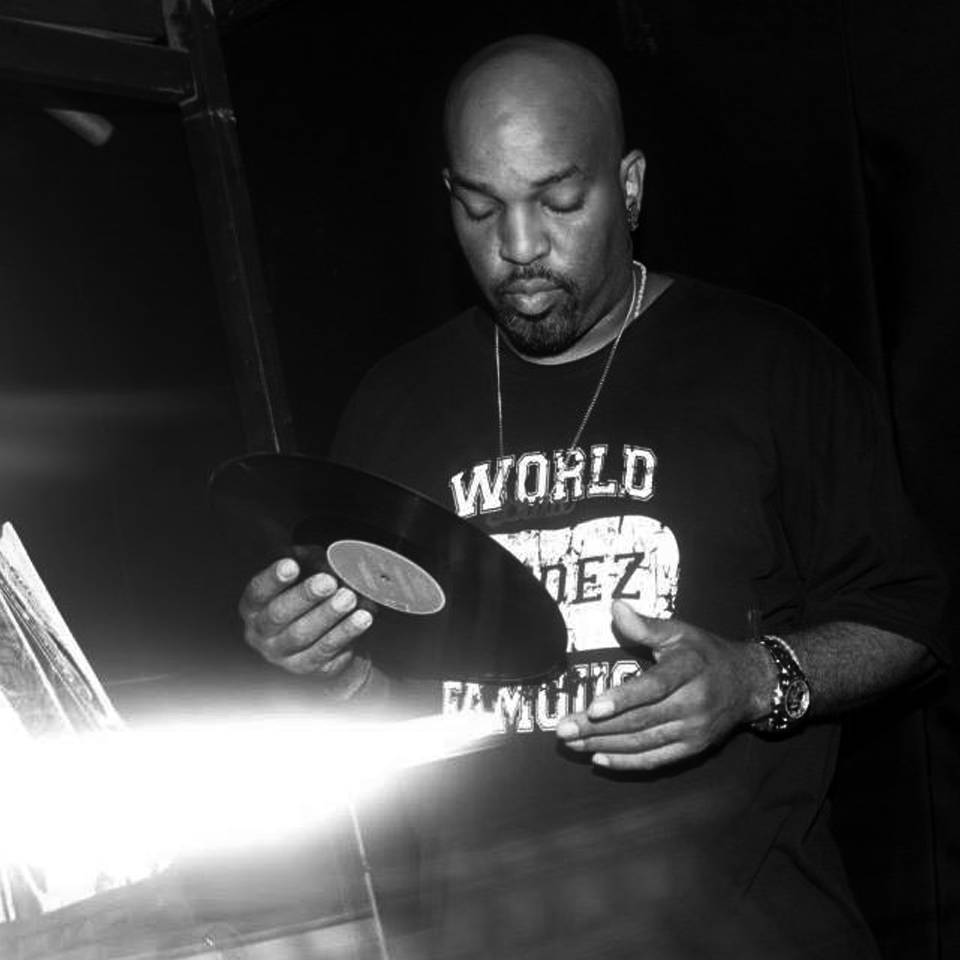 Carl Craig is described as a creative visionary, a groundbreaking electronic music icon, an inspirational artist, an esteemed Grammy-nominated composer, a world-class DJ and an ambassador for his native Detroit.

Craig released his first track in 1989. One of his earliest mentors and first collaborator was Derrick May, whose imprint Craig also released some of his early music on. 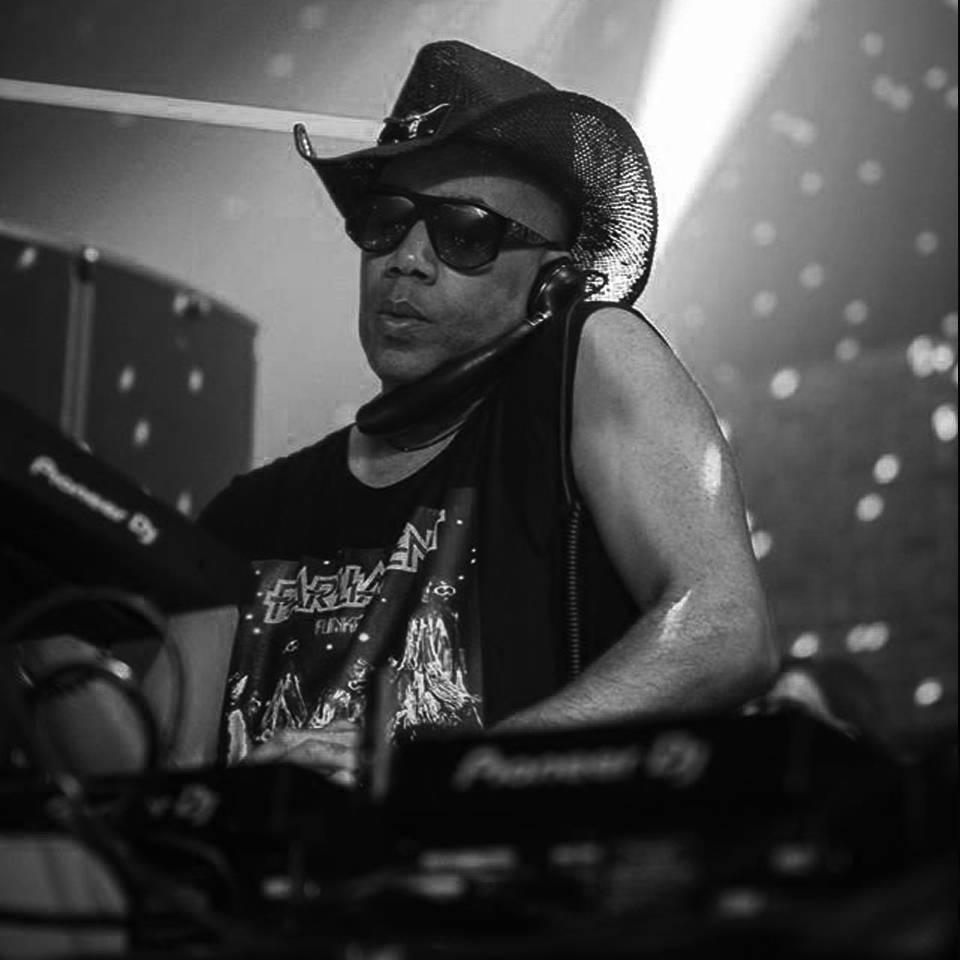 Mirko Loko’s passion for music has led him on an upward trajectory ever since he first started DJing in the late ‘90s clubs of Lausanne. Based at the crossroads between Detroit-inspired techno and the stripped-down-yet-jacked-up side of house, his music is that of diversity and subtlety. It’s high-class yet low-slung, a hypnotic collage sewn together by shifting layers of darkness and light. 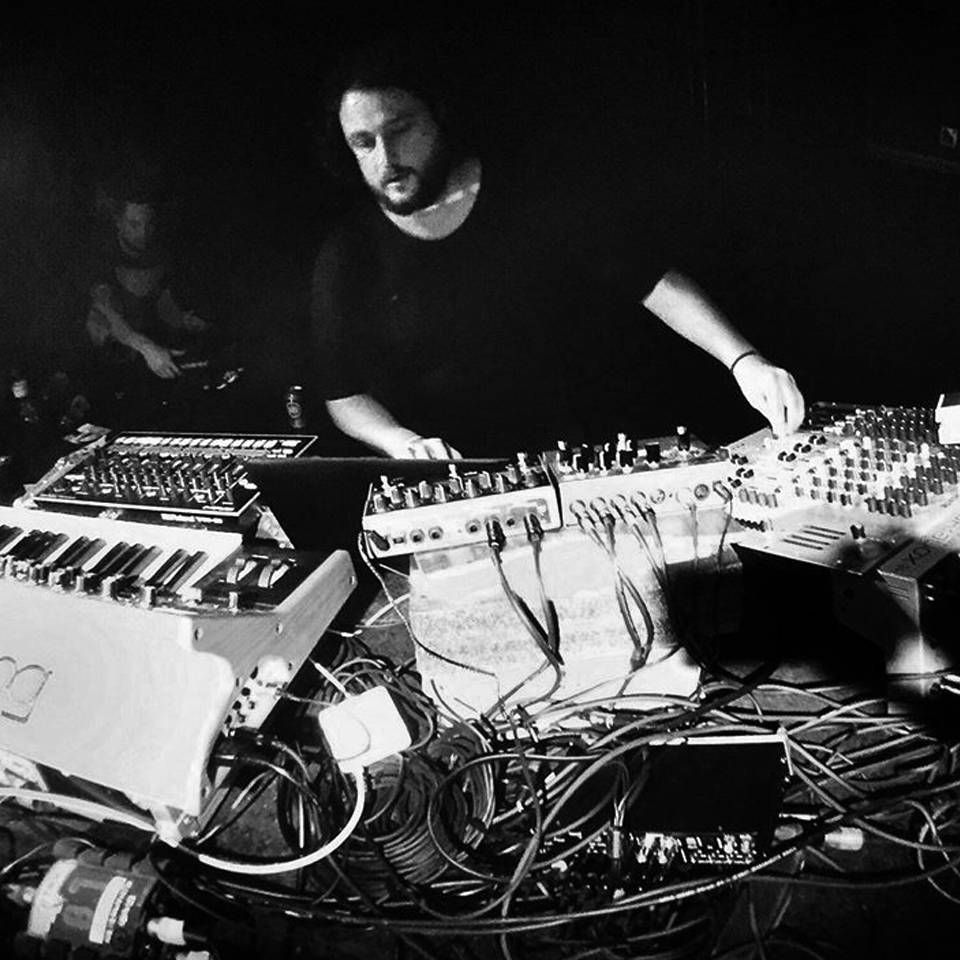